This year, I celebrated my 11th years as a proud member of this untamed and misunderstood industry…

You can hear a lot of different stories about the adult industry, everybody took a different path, had their own little adventure and I’m sure all these stories would be incredible, compiled all together in to one book.  Personally, I’m always sad when I read some of the negative press our industry gets from time to time because I consider my story to be a positive one!

Which brings me to the main subject of this article: How I started in the adult industry.

The question came up in one of my recent twitter communications and I thought why not taking this occasion to re-visit the subject now with my new 11 years old perspective. First thing first, I never aspired to be a sex worker.  Not that I ever had anything against the jobs, that’s just not something I saw myself being able to do and in my defence, my knowledge on the subjects were pretty inexistent .  In my regular life, I can be very social but most of the time, I’m kind of shy and when I’m nervous (which happens often) I become awkward… super awkward. lol!

One of my first attempts at sex work was at a webcam “studio” downtown Montreal.  I had answered a text advertising in the free newspaper of the subway because you know, the best success stories always starts like that.  I did not know what to expect when I knock at one of the random doors, on the 20th floor of this office building on beaver hall but the guy on the phone sounded “nice”.

Since I was pretty nervous, I asked my boyfriend at the time to come with me to make sure i wasn’t going to be kidnapped and then sold to a rich prince somewhere because like I mentioned, I’m a nervous person and as any nervous Nancy that respect herself, you can never be too careful.

The door opened on a 400 square meter room filled with enormous servers, cooling systems and a ton of fiber optic cables coming out of them, three pore webcam set up made with old couches and fancy fabrics and six computer screens per set up.  A  man welcomed me, then asked to be followed in a 100 square meter adjacent room, in the back, to explain me roughly what the advertising was all about.  I honestly don’t remember if he explained it to me well or not but a few days later I was in the studio, in front of one webcam, 6 computer screens with one remote in my hand, a dildo in the other that I had purchased for this occasion and absolutely no clue what I was doing.  We were broadcasting on six different websites at the same time and we had to monitored 6 different chat rooms and I remember looking at all the insults passing front of my face and think “what the hell am I doing here”.

It’s not that I didn’t had the motivation to be super naughty because in fact, I was pretty excited with the idea of making money that easy (when you’re 20, money is very important) while doing something that I already loved doing which is being a little bit of an exhibitionist and being a good, dirty little slut.  Sadly, the environment wasn’t optimal in order for me to become the good little slut that I wanted to be and the customers were honestly awful.  Because I looked so young, people were playing very mean games with me and I often came back home with a little grey cloud over my head, wondering what I had done to deserve this.

Now that I’m looking back on this story, I’m giggling.  You really build up a very thick shell by being in the industry for a long time.  I think I heard all the insults in the world and saw all the techniques haters use to put down one person but as I made my place in to this crazy world, the haters disappeared to finally let place to the awesome fans following me today.

In my last few days at the webcam studio, I met a girl.  A beautiful and friendly brunette that had already shot a few successful softcore scenes for a few big websites.  I was already having fun shooting nudes with an amateur photographer and told myself why not try modelling instead of webcaming.

…Nothing so bad can happen right? lol

She introduced me to her photographer and it’s with him that I created ArielRebel.com, back in 2005.  At the beginning, we would get along because my interventions were minimal on the shooting ideas and over all feel and image of the website.  I was told that most people wouldn’t find my website, that it wouldn’t have that much effect on my regular life and that I should always try to keep my head outside the industry because most people who work in this field are there to take advantage of me.

He clearly had a few misconceptions about the industry as well but I couldn’t blame him too much for it because, like me, his knowledge of the real industry was very basic.  I just didn’t know that yet.

As I grew more confident and wanted more say on my website, our work relationship started to become more difficult.  I was tired of always hearing him complain about this and that and I’m sure, on his side, that he was tired of dealing with me.

I remember our last fight over this project that he was trying to do called “the Catholic school girl”.  Now I see it clearer, it was his project, his vision.  I was only suppose to be the silent muse and I obviously couldn’t handle it.  I should have known better, be affirmative of my opinion from the get go but I wasn’t able to.  I was too nervous, too new and grateful to see doors opening in front of me, that I thought would never open.

For the first time in my life I had a purpose, a goal to work toward and a new set of very entertaining friends.

When he decided to quit the project of my website, our communication were already cut, months ago.  After I went to my first convention (Internext Miami 2007) I was only dealing with the owner of Panchodog.com which still host my website today till I can finally move it in to my own affiliate program.

To wrap this up quickly…  When my broke up with my last boyfriend, almost 8 years ago, my world crumbled but then I met Max.  He always had a passion of light effects and photography but was working in a bank and had no friends in the adult industry.  He was energetic, devoted and fascinated by the world I was evolving in.

I wanted to stop modelling and do something else but he convinced me to stay and for once, do what I wanted to do.  Together, we started revamping ArielRebel.com, as he learned his new craft.  There is obviously a lot more stuff that happen between that time and now but that was the beginning of my amazing journey.

A sexy sample of what’s coming up at ArielRebel.com this week…

Read More
A sexy sample of what’s coming up at ArielRebel.com this week… 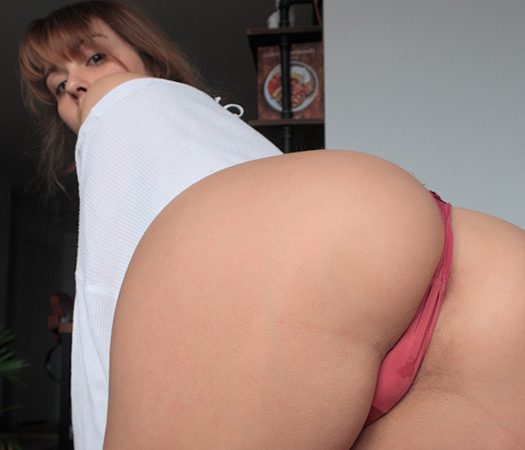